Free shipping on
orders over $100

Salmon up to 3kg have been putting in a regular appearance at Port Noarlunga jetty and schools of 1kg fish have also been feeding hard in West Lakes. Those throwing metal slugs in the 20 -40g range Like the Arma Brass Twist or Arma Radico and soft plastics 3-5 inches in length have been catching good numbers. The beaches have fished quite well too, with good numbers of Salmon caught at Southport, Aldinga Beach, Christies Beach and Port Willunga.

King George Whiting have been firing between Brighton and Hallett Cove in the dirty water. Drifting over shallow ground in as little as 3 metres has been productive for many crews who have also been picking up good sized squid to round out their catches. Other whiting reports came from St Kilda and Outer Harbor.

Big winter garfish and tommies have also been caught from Port Noarlunga jetty when the swell is down. 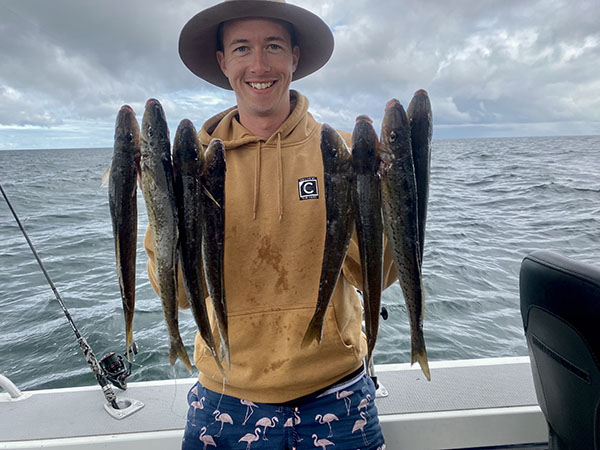 Everybody loves a good feed of King George Whiting – Team member Alex smashed them locally the other day! They’re running hot along our coastline at the moment. We’re here to help you get your share!

King George Whiting have been on the chew right around the peninsula when the weather allowed crews to get out. Stansbury, Point Turton and Balgowan have all been fishing well. More whiting reports came from Port Vincent, Port Hughes, and Ardrossan.

Big winter squid have been prominent for boaties at Stansbury while Marion Bay and Stenhouse Bay jetties have also given up good numbers for those braving the elements. Hood sizes of 30cm being the norm. Yamashita in the Neon Bright range has been a standout squid jig lately.

Salmon to 3kg have been consistent for beach casters at Browns and Butlers beaches.

Offshore catches at Marion Bay included blue morwong and nannygai. It’s worth trolling some tuna lures around as well when travelling between bottom drops, as there may still be a few random schools of southern bluefin tuna around this time of year. A 50kg fish was caught back in 2020!

Salmon up to 5kg were caught on the western side of EP recently with best reports coming from Sheringa, Mt Camel and Locks Well.

King George Whiting have been consistent at Tumby and Venus bays for boaties. Port Augusta, Port Lincoln, and Farm Beach are all worth a trip this time of year.

Squid, tommies and garfish have been firing at Elliston jetty.

Gummy Sharks of 5 – 10kg are being caught inside Coffin Bay and offshore has a few models in the 20kg range.

Some nice salmon and elephant sharks have been caught on bait at Goolwa Beach with a few small school mulloway in the mix also. The massive flows of freshwater continue through the Tauwitcherie barrages so those chasing big winter bream should do well in the Goolwa channel.

Seven gill sharks have been thick at the Bluff jetty at night. Catch and release is the way to go for these prehistoric looking beasts.

Quality king George whiting and squid have been caught by crews launching at Wirrina.

Kangaroo Island salmon continue to fire on the south coast beaches and winter whiting have come online at Kingscote.

Tommies were caught off the jetties after dark at Cape Jervis, Rapid Bay and Second Valley.

Mullet have been thick at Carrickalinga beach on the better tides.

Barrel tuna are on fire at Port MacDonnell on trolled skirts and live baits, with many crews finding success in the 20 – 100m zones. Bonze and SLC skirts continue to rack up the numbers. Come and see us to get yours!

School tuna in the 10-15kg range are also thick at Port Mac. Running a small diver in your spread is a sure-fire way of hooking up and ensuring you get to take home a feed for your efforts.

Crews bottom bashing in 50 - 100 metres of water out from Port MacDonnell have been getting good numbers of school, gummy and bronze whaler sharks and snapper up to 60cm. 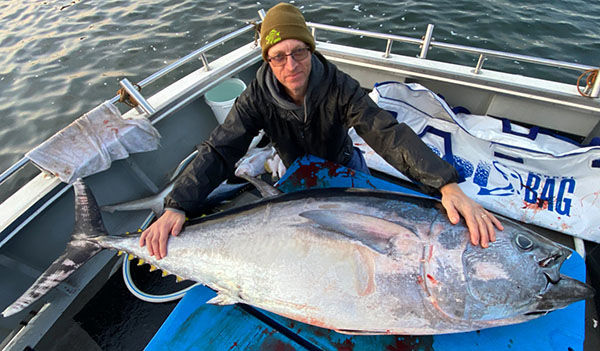 Team member Simon has been taming the Barrel Bluefin Tuna in the South East recently! Monster fish need good quality gear. Come in and ask us what you need to land a beast like this.

Murray cod and big redfin are still active in Myponga reservoir, with kayak anglers running deep diving hard body lures around 75-100mm in length having the most success.

Happy Valley also continues to give up consistent murray cod captures for those prepared to do some walking, with most fish being caught just on the edge of the drop offs and prominent points.

Callop in the Murray River are responding well to bait fished in five metres of water out of the main flow. Scrub worms and shrimp bobbed vertically will see you fill your bag more often than not. Walker Flat and Caurnamont are good places to try. Lure fishing will continue to be off the menu while unregulated flows continue along the length of the river.

Some nice Brown Trout were caught in the Adelaide Hills streams and rivers. The fish are quite aggressive at the moment so small hard body lures with brown and rainbow trout patterns have been working a treat. Pictured below is team member Brayden with some nice Trout he got on the Daiwa Double Clutch 48SP. The lure wall at Tackle World Adelaide Metro is fully stocked with quality trout lures by Rapala, Daiwa, Jackson and Bassday to name a few. 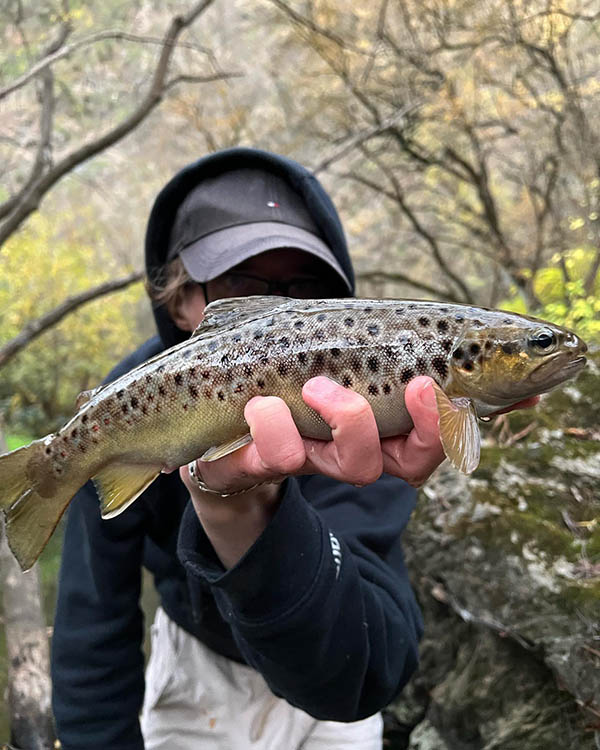 Team member Brayden has been hitting the streams in the Adelaide Hills lately for some beautiful Trout, come in and see him – he’s always happy to share some tips and tricks. 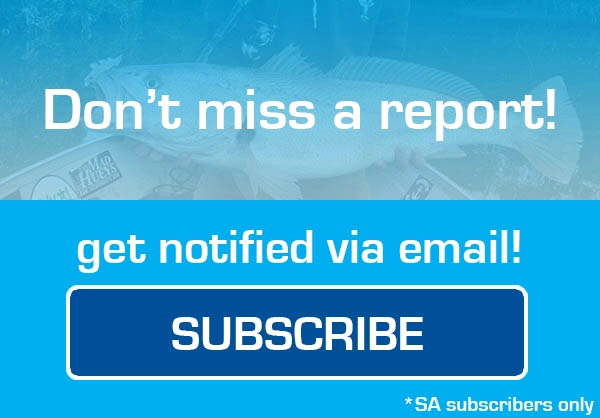 This month’s fishing report, brought to you by the team at Tackle World Adelaide Metro.