Free shipping on
orders over $100 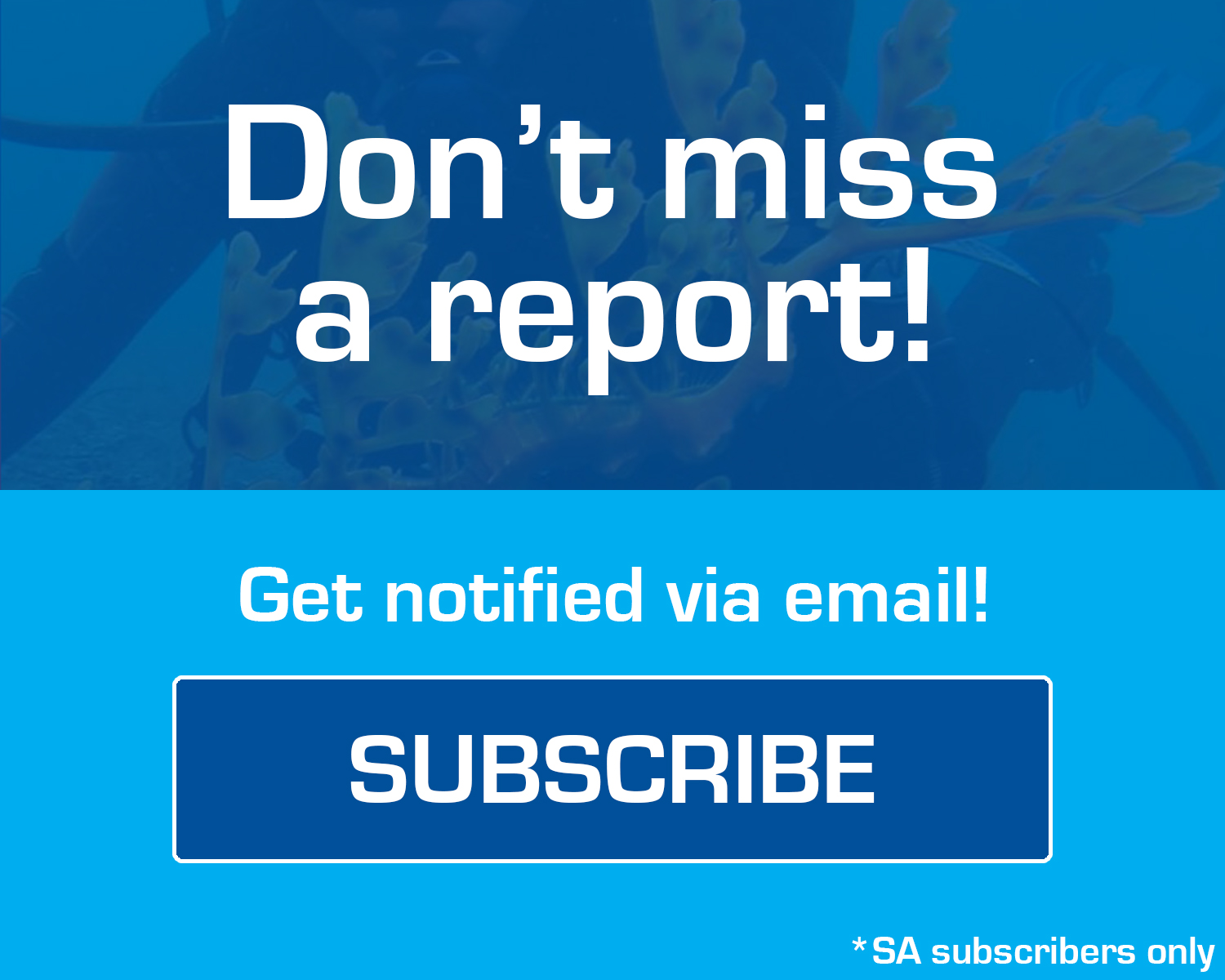 The weather over the past few weeks has kept divers out of the water for most part. In saying that, some fish were still caught in shallow sheltered water between the periods of rough seas.

Flathead were caught at night by hand spear along the sheltered beaches on the foot of the peninsula. They were found in between patches of weed and reef at Corny Point, Marion Bay and Point Souttar.

Mullet continue to hang around in great numbers at Marion Bay. Hand spearing with a cluster head has accounted for most fish caught by spear.

Salmon up to 2kg have been spotted at Point Riley and Stansbury. They were often seen within 100m of shore and are best shot with an 800mm – 1000mm railgun with a mako head.

Big Squid are seemingly everywhere at Emu Bay on Kangaroo Island. Rapid Bay has had a few Squid as well.

Continuing with Kangaroo Island, Red Banks and Baudin Beach have Flathead of mixed sizes and were caught by hand spear at night.

Flathead continue to be the main spearfishing target on EP. Try hand spearing at night at Streaky Bay, North Shields, and Coffin Bay.

For divers, the Whyalla Cuttlefish season is starting as a few crews found small pods within the protected zone. Spearfishing is not permitted here.

Fishing with a hand fish spear or spear gun is not permitted: